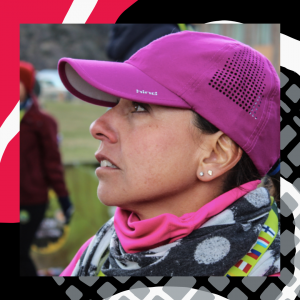 Q: Describe your path to where you are now in your career?
My parents divorced when I was five years old. While my father was a civil engineer, my mother did not pursue a college degree until I was a freshman in high school. Mom said she felt guilty telling my older sister and I that we had to go to college even though she didn’t have a college degree. She not only graduated cum laude with a Bachelors of Arts in Business Management but she got a second degree in Organizational Psychology, then she pursued her MBA again graduation cum laude before I graduated with my Bachelor of Science in Civil Engineering. Mom said she wanted my sister and I to be educated and that we shouldn’t rely on anyone to “take care” of us, she reminded us that we were smart and could achieve any goal we worked toward.  Mom motivated me to pursue my love for science and math by enrolling in the College of Engineering at UNM, but I didn’t want to go to UNM where I had an academic scholarship, so the day college started, I drove past UNM and headed down south to NMSU, where I would have to start all over again by filling out financial aid forms and figure out how I was going to pay for college now that I drove past my UNM academic scholarship.  Fortunately, all three of us, mom, my sister and I, all qualified for financial aid including a Pell Grant and I qualified for work study. My undergraduate years were tough because I decided to walk-on to the NCAA Division I track and Cross Country Team to which I managed to earn a running scholarship thanks to Title IX.  My days were filled with classes, afternoons were spent running with the team and evenings were spent at my work study as a math tutor for 20 hours a week followed by hitting the library to finish the homework I had every night.  It was a tough balancing act and there were times I fell out of balance. It was during these two six month University Co-ops where I worked for the New Mexico State Highway Administration and Los Alamos National Laboratory where I caught my breath by not having to run with the team, but I didn’t want to fall behind, so I took some courses to try and stay on graduation track. I think these times taught me how to balance friends, boyfriends, academics, work, and my passion for running.

During my senior year in college, I was invited to attend a Mexican American Engineers and Scientists conference in San Diego, California. A group of engineering friends and I rented a van headed west. It was at this conference where I received two job offers, one in Seattle, Washington and the other in Allentown PA. Mom was right, the out of state offers were significantly higher than the instate offers, so I took the job that paid the most and was farthest from home.  After two years on the east coast in Allentown, PA, I came home and worked for an environmental subcontractor with a 50% increase in my salary at Los Alamos National Laboratory. Craving academic growth, and after two years, I noticed a job ad in the paper and responded to the ad asking if this company would be willing to pay for my graduate degree. To my surprise, they gave me 15% more than I was making and not only paid for my Master’s of Science in Nuclear Engineering, but allowed me to complete my homework and classes during work.  It was an offer I could not pass up and after working for this company for 7 years and getting my graduate degree, I was making almost 35% more money – definitely a motivator when your trying to buy a house.

In 2009, I started my own New Mexico Women Minority Owned Small Business. I worked diligently to try and grow my company with Los Alamos National Laboratory but faced many hurdles. Some hurdles I just couldn’t jump over and one that included the fact that I did not have a “gray beard,” i.e. I wasn’t an old man. After 8 years of working as an independent consultant through a subcontractor for Los Alamos National Laboratory, my services were severed and I was let go within an hour after I sent an email to a LANL manager stating that I didn’t feel safe in my workplace. I had been subjected to sexual harassment and discrimination. After applying for several tasks, then direct jobs with LANL, I realized I was being retaliated against and applied with the Equal Employment Opportunity Commission (EEOC) who gave me the right to sue. I filed a lawsuit against LANL where my case is still in litigation.  It’s unfortunate that even with a LANL case review board investigation of my perpetrator that revealed his violation of LANL policies that he was only given two weeks unpaid leave. Today I work for the Department of Energy, National Nuclear Security Administration as a Nuclear Material Control and Accountability Engineer overseeing the inventory management of all the Special Nuclear Material at LANL.

Q: Any significant moments or mentors during your path?
Four significant mentors come to mind when I think about my life path.

First, my grandfather, Delifdo Fernandez who was my father figure and worked as a sheep herder in Colorado for $1 a day and later as a janitor at one of the Nuclear Facilities at LANL for 41 years. Grandpa reminded me that I had more opportunities than he did as a child and that I should take these opportunities and live everyday as it was my last day filled with love and respect. Grandpa always asked me how I was being treated at work, reminding me that his workdays were filled with discrimination challenges.

Second, my Pojoaque High School Cross Country and Track, Allan Lockridge. When my parents couldn’t agree as to who would pay for my running shoes, Allan purchased my first pair of running shoes and allowed me to work in the basketball concession stand to help pay off his gift. Little did he know that those running shoes would take me to NCAA DI track and cross
country meets, or 4 Boston Marathons and to the other side of the world where I would run on the Great Wall of China, in a wildlife refuge in South Africa and to the bottom of Chile through Patagonia.

Third, Albert Fernandez, who was my high school algebra teacher at Pojoaque High school. One day, Albert stopped me in the busy hallway to call me into his classroom. Albert showed me an Algebra Test I took that morning. The test score was 99%. He told me he was very proud of me and that while he wanted to give me 100%, I had made a small error that he knew I would catch the next time I solved that particular problem. Albert reminded me that even in the hustle and bustle of the day, it’s important to reach out to people to make them feel special. He also reminded me to take my time and go over the problems to ensure I didn’t make small errors.

Fourth, Mr. Gerald Paulson, who is a PhD Chemical Engineer who hired me and convinced the company we worked for to pay for my graduate degree. Jerry reminds me that family comes first and work can be fun! Jerry gave me the confidence to start my own business and displayed all the attributes of a caring father. Even though Jerry is both extremely smart with admirable social skills, Jerry always made everyone feel like his equal. I try and do the same.

Q: What is it like to be a woman in your industry?
I want to believe that times have changed now that I have met so many young women with PhDs in Nuclear Engineering, but in 2002 there weren’t many female nuclear engineers and there were plenty of times I was asked by the men in our office to make coffee, make copies or scribe notes. I learned to respond with “I don’t drink coffee”, I don’t know how to use the copy machine” and “I’m not the secretary, but let me derive the speed of a fast neutron on the dry erase board for you, sometimes I would write the fusion equation, and draw a schematic of the Lawrence Livermore National National Ignition Facility which depicts a type of fusion energy research that attempts to initiate nuclear fusion reactions by heating and compressing a fuel target, typically in the form of a pellet that most often contains a mixture of deuterium and tritium. Typical fuel pellets are about the size of a pinhead and contain around 10 milligrams of fuel..

Q: Did you face any challenges on the way to becoming successful?
I face challenges every day.  My meaning of success has changed over the years, it started with just being selected for a job to making more money to finding more interesting work to today where success in my opinion starts with helping young people and especially the next generation of engineers. In 2011, I became the legal guardian of my nieces who were 4 and 7 years old. Both of my girls attended Girls Inc afterschool and summer camp. Girls Inc helped all three of us to be successful.

Q: What is your hope for the future of women and girls?
Even though Madam Vice President shattered one ceiling, it’s not everyone’s ceiling, and I hope today’s women and girls don’t have to keep chipping away at their glass ceiling. I especially hope they aren’t subjected to discrimination and/or sextual and/or age and/or gender harrassment and lastly, I would hope they are ambitious and don’t let anyone stand in their way of their dreams! It’s my opinion that women who aspire to be equal with men lack ambition i.e. don’t fall for equal pay for equal work based on gender, aspire and strive to do your best!