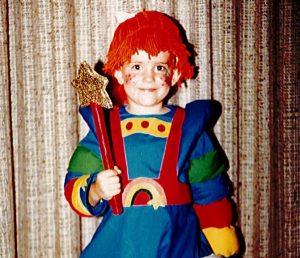 Kim joined Girls Inc. of Santa Fe in 2005, starting as a Program Manager and later being promoted to Director of Operations and then CEO. Kim has a B.A. in Psychology with a minor in Women’s Studies from the University of Southern Illinois. Previously, Kim was a residential counselor for children with learning differences, a trainer in the National Guard. Kim has been a mentor for other Girls Inc. executives and has played a leadership role in the national Girls Inc. network. Kim was honored as Santa Fe Business Woman of the Year by SF Professional Business Women and received the Visionary Award from Resolve. She graduated from Leadership Santa Fe in 2015. In her free time, Kim enjoys spending time at her farm with her goats, pigs, chickens, bees, and wife and daughter. 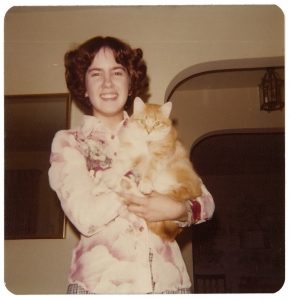 Carolyn moved from New York City to join the staff at Girls Inc. of Santa Fe in May 2017.  Carolyn was previously the Associate Executive Director of the Center for Constitutional Rights, where she supervised the Administrative Department, overseeing the human resources, finances, IT, and facilities management needs of the organization. She is a graduate of New York University and has served on a number of boards for non-profit organizations focused on women’s/reproductive rights, cat rescue and environmental activism. In addition to her love of animals, Carolyn is an avid reader, a fan of the arts, and never tires of exploring the beautiful environs of New Mexico. 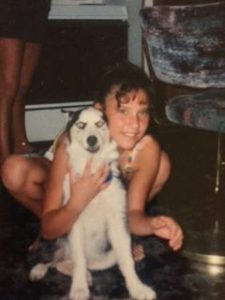 Madonna began working with Girls Inc. of Santa Fe in 2000 at the age of 16! Madonna started as a facilitator in the Girls Inc. of Santa Fe Summer Camp program and has been an integral part of the program ever since. Over the last twenty years, Madonna has helped Girls Inc. National write their Healthy Sexualities Programming as well as develop their Latina Girl Initiative. Madonna is a graduate of the Leadership Santa Fe program and currently serves on their Birth-to-Career Collaborative, which focuses on data-driven decision-making in education. Madonna also serves on the Santa Fe Public Schools Diversity and Inclusion Panel, which informs Santa Fe Public Schools policy. With all of the experience she has gained throughout the years, Madonna brings a wealth of knowledge and information, as well as a deep passion for the program and all of our girls. When she is not inspiring girls to be strong, smart, and bold, Madonna loves being in the outdoors with her husband Shawn and her daughter Farrah. 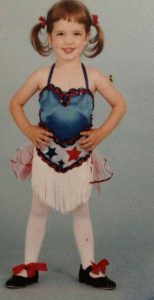 Ginger joined Girls Inc. of Santa Fe in 2021. Though originally from the northeast she has called New Mexico her home since 2006. Her background has been a delightful career of bringing people together. Some events that she has helped produce include the Sydney Olympics, the International Folk Art Market, and the Bioneers Conference. Ginger quilts, cycles, reads, and explores being creative in her free time. A mom of two spirited boys, life is never quiet or boring. 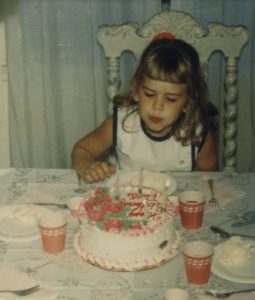 KatherineElizabeth joined Girls Inc. of Santa Fe in 2021. Though originally from the Midwest she has called New Mexico her home since 1992. KatherineElizabeth has an M. Ed. in Early Human Development & Learning and a Master’s in Public Administration from the O’Neill School of Public and Environmental Affairs at Indiana University. In her free time, KatherineElizabeth spends time in her garden, exploring New Mexico’s great outdoors, and visiting her grown daughters in California as often as possible. 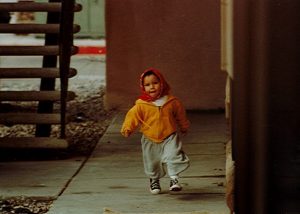 Keeley was born in Shiprock, NM and grew up in Santa Fe until she was 13 years old. Her family moved back to Shiprock to be closer to family in 2005. Keeley holds a BA in Psychology from Arizona State University in Tempe, AZ. In 2015, Keeley started working with Girls Inc. in as a Summer Camp facilitator and decided to stay on after the summer was over. She later became the Data Coordinator. In her free time, Keeley likes to spend time with family and stay up-to-date on all the latest movies, and reading as many books as she can. 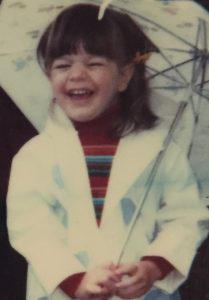 Rebecca joined Girls Inc. of Santa Fe in 2010, starting as a facilitator in the Summer Camp program. During her decade of work with Girls Inc., Rebecca has worked with many different age groups and is now serving girls ages 7-18 in the community as well as providing programs for teens. Rebecca brings many years of experience working with youth and a passion for learning and sharing her knowledge. 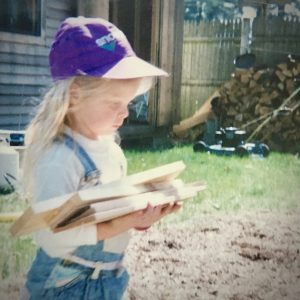 Melissa is a recent east coast transplant who joined the Girls Inc team in 2021. She has a Bachelor of Applied Science in Motor Development Therapy and Adapted Physical Education from Bridgewater State University and has been a yoga and meditation teacher since 2009. Her background has been informed and inspired by her studies and work in special education, adaptive movement, psychology and nature. She is passionate about social justice, advocacy, and community building. When Melissa is not at Girls Inc, you can find her hiking with her 11 year old dog, searching for swimming holes, and cycling around Santa Fe. 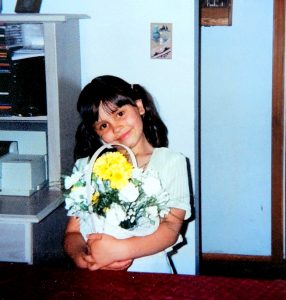 Jolene joined the Girls Inc. team in 2021 as the Administrative Coordinator. She is a born and raised New Mexican who split her time growing up between Santa Fe and Espanola. Jolene attended the University of New Mexico and holds B.A.’s in International Relations and Russian. In 2016 she studied abroad at the Peter the Great Saint Petersburg Polytechnic University in Saint Petersburg, Russia which she considers to be the most challenging yet rewarding experience of her life. It was there she improved her Russian skills and gained a newfound appreciation for challenges of being an outsider in a new, unfamiliar land. Previously, she worked for two other Santa Fe institutions — the International Folk Art Market where she worked closely with hundreds of folk artists from over 50 countries as Artist Development Coordinator and for Meow Wolf, one of Santa Fe’s best startup success stories, in numerous roles and helped her team generate over $9 million of revenue in 2018. In her free time Jolene enjoys cooking, traveling, playing board games, reading, and spending time with her husband, Lee, and their two cats, Jonathan and Winifred. Traveling the world is her greatest aspiration and she has big travel dreams for the future when it is safe to venture out in the world again. Jolene is a passionate advocate for the rights of girls and women everywhere and she hopes to inspire the girls in her life to stand up for what they believe in. 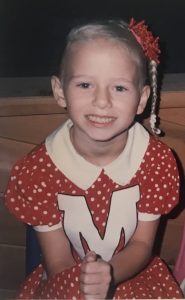 Born and raised in Las Cruces, NM, Maggie has spent much of their life on and around the soccer and rugby pitch, as player, fan, coach, administrator, and referee. In pursuit of a career in alternative and experiential education with a continued emphasis on teamwork, Maggie joined Girls Inc of Santa Fe in 2010. They worked summers as a camp facilitator while completing their M.A. in Curriculum and Instruction at New Mexico State University. Maggie now works with pre-teens and teens as one of our Community-Based Program Coordinators. When not at Hillside or in the schools, you can find them in the mountains, on a river, or out on the pitch with the team. 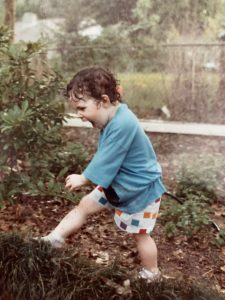 Julia Gay was born and raised in Baton Rouge, Louisiana and came to Santa Fe to attend college, where she received her BA in Creative Writing from the College of Santa Fe. After graduation, Julia joined Girls Inc. as a Program Facilitator in 2006. During that time, she also earned her MFA from the low-residency writing program Stonecoast. After leaving as a Program Facilitator to give birth to her son, she rejoined Girls Inc. as a member of the board in 2014. She later joined the Development team in 2018. She loves writing, tattoos, weightlifting, DIY dollhouse kits, having breakfast for dinner, and her family. 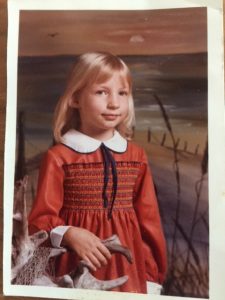 Sara grew up in Chesapeake, VA and has a BA in Theatre from the College of William and Mary in Willamsburg, VA. She lived in Chicago for almost twenty years, working as a professional stage manager, playwright, and teaching artist for the Tony Award-winning Lookingglass Theatre Company, where she is a company member. She has also worked with the Lookingglass Young Ensemble as a mentor and director, helping them create original performance pieces addressing social justice issues. She has an MA in Peace Education from the UN mandated University for Peace in Costa Rica where she joined students from 55 different countries. She has been working at Girls Inc. of Santa Fe since she moved to Santa Fe in 2014. She began as a Program Facilitator for After School and then transitioned into the role of Program Assistant and now Program Coordinator. She is an avid reader and year-round cyclist.

Francesca joined Girls Inc. in 2022 as our volunteer coordinator 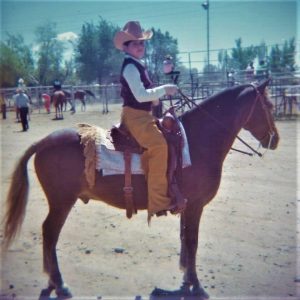 Rhynda (AKA Storm) lived on a farm outside of Boston. By age five, she was showing horses and competing in speech competitions through 4-H. She came to New Mexico in the ‘70s. After gaining her Masters in Human Resources, she enjoyed a myriad of careers to include Management at the Intel Corporation, Program Manager and Instructor for a non-profit film apprenticeship program, Corrections Officer, and Business Owner. She came to GISF in 2012, then left to pursue another avenue just prior to Covid and quickly realized that she missed Girls Inc. profusely. So along with making and sharing her fine art and upcycled home décor through, instructing Concealed Carry and Self-Defense, running Karaoke for the American Legion, and teaching voice and art lessons, she returned, part-time, to Girls Inc. renewing her role as the Business Relations Manager. It’s great to be home! 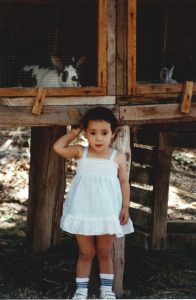 Araseli Varela first joined Girls Inc. in 2010 as a  Summer Camp facilitator before going back to school to pursue her Masters in Special Education.  After completing her degree at the University of New Mexico, she joined Girls Inc. once again in the summer of 2012.  She brings not only her formal education with her, but her hands-on experience (both with Girls Inc. and with other programs) as well, and a profound commitment to the Girls Inc. mission and research-based programs.